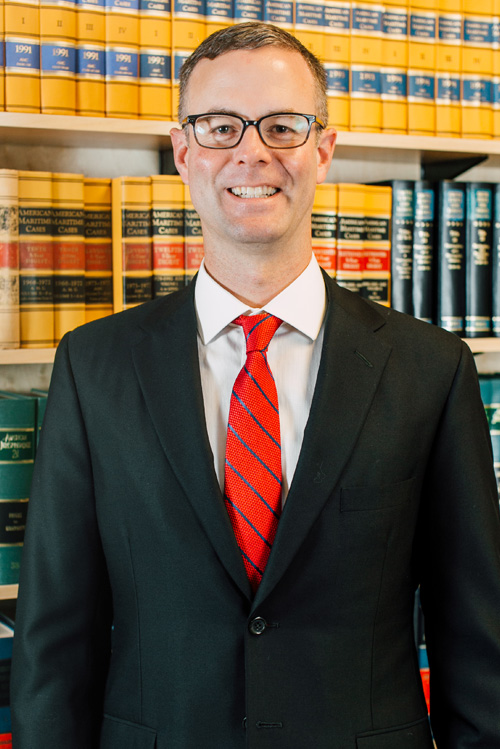 Douglas R. Williams was raised in a military family. After retiring from the armed forces, his father sailed as the chief medical officer with many of the most popular cruise lines, including Holland America Line, Carnival Cruise Line, Disney Cruise Line, and Norwegian Cruise Line. When not in school, Doug spent a good part of his youth in the crew quarters sailing with his father on Alaskan, Hawaiian and Caribbean cruises. He developed a practical knowledge of the cruise industry from a young age.

He graduated in the top ten percent of his law school class and was also admitted into the Order of the Coif. Doug spent the majority of his final year of law school clerking for Judge Padovano of the Florida First District Court of Appeal.

Out of law school, Doug accepted a position in Tampa, Florida with the leading maritime litigation firm in the Southeast. Doug handled commercial disputes, such as actions on charter parties, enforcement of maritime liens, vessel attachments and arrests, but his practice focused on the defense of casualty lawsuits.

Doug’s work took him to various ports on the Gulf of Mexico and the Atlantic Ocean to investigate accidents on behalf of ship-owners. During his tenure in Tampa, Doug had a published opinion dealing with the enforceability of venue provisions in seamen’s employment contracts, U.S. United Barge Lines v. Hagan and worked on the most important seamen’s case to reach the United States Supreme Court in the last twenty years, Atlantic Sounding Co. v. Townsend.

In 2011, Doug and his wife relocated to Washington State. Doug joined a downtown Seattle maritime firm where he defended Seattle-based commercial fishing companies and cruise lines against personal injury and wrongful death claims.

Doug joined Anderson Carey Williams & Neidzwski in 2012. He now devotes his practice to the representation of injured seamen.