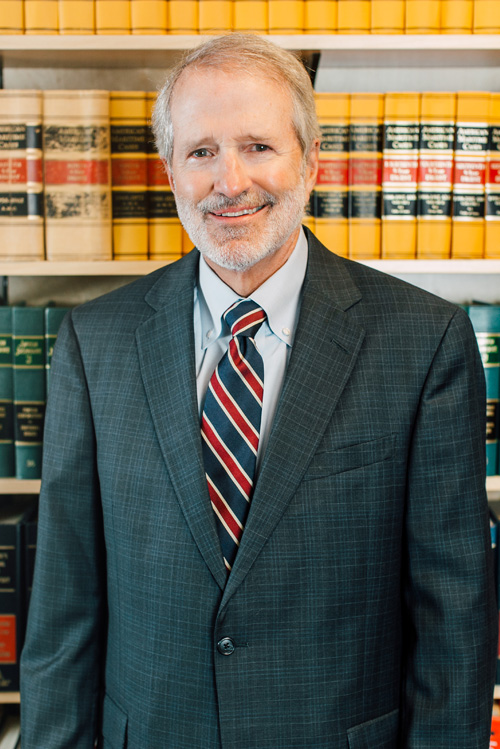 Home » About Our Firm » David B. Anderson

Attorney David B. Anderson has helped hundreds of mariners to secure full and fair compensation for shipboard injuries. He has also represented the families of dozens of seamen who have perished in shipwrecks. Alone and with local associate counsel, he has represented maritime clients in state and federal courts in Washing State, as well as in Alaska, Oregon, California, Hawaii, and Maryland.

Dave was born in Seattle, Washington. One of four sons, he spent his childhood around Lake Washington and Puget Sound. As a boy, he delivered newspapers to earn money to buy his first boat, a 10-ft. skiff powered by his family’s 5-1/2 h.p. Johnson outboard. Long before he got his driver’s license, he had taken the helm of sail and powerboats up to 40 feet in length. Since then, he has owned and operated all manner of vessels, including a tugboat operated by his own tug and barge company.

Dave attended Stanford University, where he majored in Economics and spent a junior year studying in France. He graduated from Stanford with honors, Phi Beta Kappa, in the top 5 percent of his class. After a brief stint in the U.S. Army in Louisiana and Texas, he entered the University of Michigan Law School. During his senior year of law school, he clerked with a public interest law firm in Washington, D.C., assisting in environmental litigation involving atomic energy and design requirements for oil tankers.

After graduating from law school, Dave joined the admiralty law department of a large Seattle law firm. He learned his trade working with the finest maritime lawyers in the Northwest, representing shipowners and marine underwriters. Among his earliest influences were the eminent scholar of maritime law and practice, Bayard Crutcher, and the venerable federal Admiralty judge William T. Beeks.

For more than three decades, Dave has been a partner in his own law firm, representing crew members injured aboard fish boats, tugs, ferries and deep sea vessels. With the help of skillful partners, associates and staff, he has secured favorable verdicts and settlements in scores of difficult cases. Among these have been lawsuits against the largest companies in the marine industry, represented by the most experienced and skillful maritime defense lawyers.

Over the course of his career, Dave has served as President of his county bar and as a member of the ethics committee of the Washington State Bar Association. For many years he has enjoyed the highest possible rating from Martindale-Hubbell for legal skill and ethical standards. Dave has also established a “Superb” rating from the AVVO legal rating service and was honored as one of the ten best maritime/admiralty lawyers in Seattle in a 2008 ranking by CEO Magazine. Who’s Who in America routinely recognizes Dave as well?

As senior partner of Anderson Carey Williams & Neidzwski, Dave continues to uphold the tradition of excellence he learned from the pillars of the Seattle admiralty bar. He and his partners make certain that their clients receive the finest maritime legal representation available anywhere.